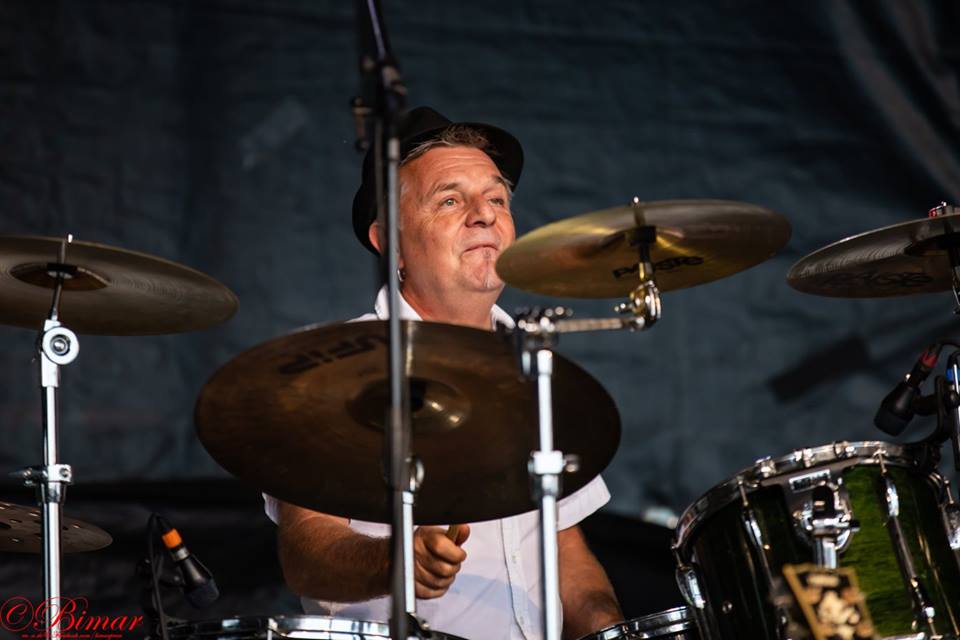 Tom is a world class drummer, with chops and groove. We met at a jam night in Tettnang, DE at the Konzertbühne & kneipe Flieger. Not long after hearing Tom play, I knew he was the needed Drummer for my band. Here are his stats:

Born in southern Germany has been playing drums professionally and touring the world since the early 80ties. A veteran of more than 3000 gigs with over 200 different artists and bands, Tom is fluent in the styles of rock, blues, shuffle, pop, zydeco, soul, etc., and has toured and recorded in each of those styles and disciplines of music and drumming. Over the years, Tom has had the pleasure of working and touring with outstanding artists such as the legendary blues man Carey Bell from Chicago, Lovie Lee, Louisiana Red, Katie Webster, Karen Caroll, Champion Jack Dupree, and Guitar Crusher from the US, Steve Clayton (GB), Rudy Rotta (I), Stephanie Ghizzoni (I) and many others. And not to forget the iconic band from Belfast that solidified Van Morrison as a mega star – THEM.

*A 4 hours live show with various international artists. Tom is not only the drummer but also the producer of the show.